Jump to main content
Following Microsoft’s announcement to reduce support for Internet Explorer 11 even further, along with their recommendation to switch to Microsoft Edge, we, too, have now decided not to support this browser any longer. This was a conscious decision, on the one hand in order to protect you and your data, and on the other to ensure that we can implement new technologies that Internet Explorer 11 does not support.

It is worth considering in more detail the sequence of events in the dispute in order to recognise that it was never in our interest to contest the use of the pawprint symbol by taz or to damage its business. It was more to do with defending our trademark rights to use the pawprint in our product segments. 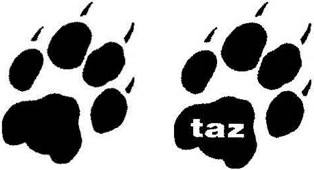 The registrations not only affected the goods in the taz business segment that would have been indisputable, but also a whole range of products that fell under our core product range and for which we had already received trademark protection ten years previously. After the taz trademark registrations had been published, we had to react in order to protect our trademarks and we immediately entered into a dialogue with taz in order to bring about a mutual agreement. However, these discussions did not result in an agreement.

2. Decision of the Hamburg Higher Regional Court on 19 June 2002

After negotiations regarding trademark registrations by taz had failed, Jack Wolfskin filed a suit against taz at the Berlin Regional Court on 19 December 1995 (ref. 97 O 284/95). During the suit, settlement negotiations were restarted, which aimed at settling out of court. The resultant legal action lasted several years. When a mutually acceptable solution had still not been found, the legal dispute was brought before the Regional Court in Hamburg.

On 2 August 1999, Jack Wolfskin filed a suit before the Hamburg Regional Court to define the circumstances of trademark registrations from 1994. The suit was directed against the registration and use of the pawprint symbol by taz in Jack Wolfskin’s core area of business and against its registration for the following products:
“bags, clothing, in particular T-shirts, sweatshirts, headwear”.

During the proceedings, taz maintained that it had trademark protection for the goods concerned that went back further, and that it owned the copyrights. The Higher Regional Court did not pursue either case.

The Higher Regional Court made the following statement in its ruling dated 19 June 2002 regarding taz’s trademark rights for bags and umbrellas:

“The defendant [taz] incorrectly maintains that it has prior trademark rights on the pawprint symbol. According to the registration dates of their brands, the plaintiff [Jack Wolfskin] already had prior rights for the products listed in the application (except for games, see above) dating back to 1986. For the period prior to this, the defendant asserted its usage rights for the pawprint symbol on bags and umbrellas as defined under points 1 a aa and bb of the suit, but this is completely unsubstantiated. This submission does not extend to the acquisition of trademark rights via secondary meaning, according to Section 25 German Trademark Law (WZG), as was. Any potential secondary meaning that is acquired subsequently does not apply retroactively (Baumbach/Hefermehl, Warenzeichen, 12th edition, Section 25, Paragraph 45).”

The Hamburg Higher Regional Court also made it clear that no copyright existed to the benefit of taz with regard to the two-dimensional depiction of a pawprint, and made the following statement:

“The defendant [taz] also incorrectly maintains that it has prior copyrights on the pawprint symbol. The ruling of Hamburg Regional Court stands in this regard, too. The pawprint symbols registered as a trademark and used by the defendant are generally deemed distinctive enough to constitute a brand (see above), but do not demonstrate sufficient originality to be acknowledged for protection under German copyright law (Section 2, Para. 2 German Copyright Act (UrhG).”

During the entire court proceedings, both in the first and second instance, there were repeated attempts to come to a mutual agreement on the clash of trademark rights. Specifically, right up to the ruling, Jack Wolfskin extended taz an offer that would have enabled taz to use the pawprint symbol with the additional lettering “taz” even within our core product area, and thus it would be able to continue to use the mark for the purposes of advertising its own printed materials in the segment in which Jack Wolfskin had significantly older trademark rights. Despite this, no mutual agreement could be reached.

As a result of the final judgement by the Hamburg Higher Regional Court dated 19 June 2002, taz was also obligated to provide information regarding the extent to which its trademark rights had been breached. When taz did not respond to this request, we were expected to pursue this duty to provide information before the courts. With its ruling of 11 February 2003, Hamburg Regional Court continued to request information from taz under threat of being fined in the event of non-compliance. taz then provided the information requested. However, Jack Wolfskin declined to assess and implement the claim for damages as was ruled their right in the judgement of the Hamburg Higher Regional Court.

3. taz appeal against a pawprint used by Jack Wolfskin

Since 2008, there have been no further disputes between Jack Wolfskin and taz, either in court or out of court.

{{'In order for us to monitor and continually improve our website and service, we use cookies to collect anonymous information via Adobe Analytics and Google Analytics on how you interact with our website. Based on this data, we are able to continually optimise our website for different devices (e.g. laptops, tablets, smartphones, etc.) and browsers (Safari, Chrome, Firefox, Microsoft Edge, etc.), meaning that you are always able to get the best possible and problem-free experience from our website.' | truncate:(jwsdwPicker.cookieSettingsPicker.dntStatisticsShowMore ? Infinity : 140)}}

Show less Show more
We have sent you an email with information on how to reset your password. It may take a few minutes for the email to arrive in your inbox. Please also check your junk folder to ensure that you have received our email.
Forgot your password?

To buy JACK WOLFSKIN products please choose one of our own online shops or a partner online shop.

The perfect gift for everyone

When you visit our website, we use cookies and similar technologies to access information in your system’s browser or to store data there. In addition to strictly essential cookies, some optional technologies are used – from third-party providers too, in order to analyse the hits on our website as well as the success of our advertising measures for creating individual usage profiles for more tailored advertising on both our websites and those of third-party providers, including for their own purposes. These may also occur in countries outside of the EU where a lower level of data privacy prevails (e.g. USA). You will be assisting us if you click on "Accept all", thus agreeing to this optional processing and forwarding of data. You may revoke or change your consent at any time to take effect from then onwards by simply clicking on settings. For more details on data processing – by third-party providers too – simply see settings.